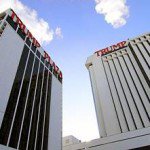 Investor Carl Icahn showed his determination to buy out the bankrupt Trump Casinos in Atlantic City, by increasing his offer with another $125 million. The offer comes on top of the $486 million of debt that Icahn already agreed to buy out.

Trump Entertainment Inc. filed for bankruptcy for the third time last Tuesday, struggling to pay back its debt in the current state of the economy. The Casinos also experience fierce competition from slots parlors in Pennsylvania and New York.

Icahn is an experienced investor in the casino industry, who purchased the Las Vegas based Stratosphere out of bankruptcy for $300 million in 2000, only to sell it one and a half years later for $1.3 billion. Trump is not impressed by this however, telling the New York Post that Icahn ‘runs companies so badly that I think it’d be really bad for the company if he took over.’ The always self-confident Donald Trump displayed his arrogance once again by asking the reporter the rhetorical question ‘Hey, who’s hotter than me? Nobody.’ Icahn responded immediately by saying ‘If hot means being able to burn other people’s money, I guess he’s correct.’

The battle over the control of the three money burning casinos (i.e. Trump Plaza Hotel and Casino, Trump Taj Mahal Casino Resort and Trump Marina Hotel Casino) will have to be decided by the court, but in the meantime we can enjoy the media battle that these two veterans are fighting.