Billionaire Carl Icahn has made the winning bid for the Fontainebleau Las Vegas, a hotel-casino development project on the strip of Las Vegas. The bid was $106 million for the project with another $50 million to finance the bankruptcy.

The Fontainebleau Las Vegas is a development project which started as a $2.9 billion project what should become a 68 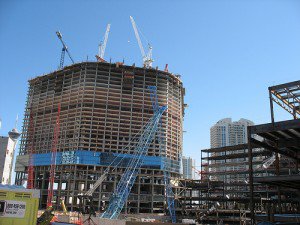 story building with almost 4,000 hotel rooms. The work on casino francais en ligne the project was stopped last year, it is now about 70% finished. In june 2009 the Fontainebleau Las Vegas company filed for Chapter 11 bankrupcy. Estimations are about $1.3 to $1.5 billion is still needed to complete the project.

What the billionaire investor Carl Icahn is going to do with the project remains unknown. He allready is in control on 9 other casino”s as part of the Tropicana Entertainment group. Investing big and getting the casino up and running might seem risky in a downfall economy, but on the other hand just sitting on it and waiting for better times might also not be the best plan.

Two weeks ago Carl Icahn was in the spotlights for showing interest in buying the Trump Casino”s. It seems he is on the move in times of financial crisis.