In 2007 the gambler Terrance Watanabe lost $127 million in a one-year gambling streak. Even for the city of sin Las Vegas itself this is absurd. Most of this money was lost in the casinos Caesars Palace and Rio casinos, these two casinos are both owned by Harrah's Entertainment Inc. This one gambler provided more than 5% of the company's total revenue. 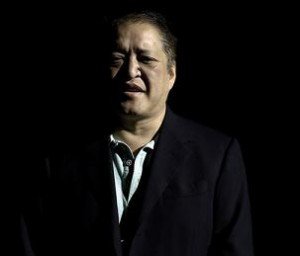 In April 2009 the casino's sued Mr. Watanabe, 52 years old, because of an unpaid credit of $14.7 million. Watanabe refuses to pay this last part, after paying already $112 million, because he claims the casino personnel promised him to give back some of his loss and also encouraged him to keep playing while he was intoxicated. Interesting fact is that he was earlier thrown out of the Wynn Las Vegas casino because of excessive drinking. Because Mr. Watanabe was extended blackjack limits up to $50,000 per hand he once lost $5 million in one day. Right now he faces up to 28 years in prison for not paying his debt at the casino, he already pled not guilty.

A man from Boston did the impossible, and he did it twice at one day. Phillip Brunelle won $1,000 price with a scratch lottery ticket in july 2009. Instead of bracing his luck he decided to buy another ticket in the afternoon. This second $5 ticket revealed the win of the $1,000,000 Money Mania. So after winning a $1,000 in the morning he added a $ 1 million in the afternoon. The odds for this top price are 1 in 3,024,000. He stated he went back to buy another ticket because he is greedy. Now this 29 year old photographer is planning on opening his own photography studio in Fall river.

Imagine playing the $4 slot machines when suddenly all the bells start ringing and the screen in front of you flashes $166,666,666.65! This is what happened Bill Seebeck on a Sunday in Tampa in November 2009. He thought he won a $166 million jackpot and his life just changed. Except it was not true. Casino officials

explained that this machine was malfunctioning and he would not get paid. The maximum jackpot of the slot machine was set at $90,000 and he would not even get that. In a later news message the Hard Rock Casino said it had come to an agreement with Mr. Seebeck and they were hoping to see him on future visits. How much money he got paid eventually was not disclosed but he probably did not become a millionaire from this.

Ashley Revell has gotten famous worldwide when he was 32 years old and decided to sell everything he had, 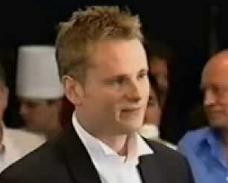 including his house, his car and even his cloths and put the money on the roulette table. Selling all his stuff got him a total sum of $135.300. In a matter of seconds his faith was decided and he won (the number was 7, red), he walked out of the casino with $270,600. His plan was to either start over again after losing or win and be able to play the World Series of Poker. It was his dream to become a professional poker player. With the media coverage he also made money, he used the total to setup his own poker and casino website (Poker United).

An unknown hero is behaving like the modern Robin Hood of Las Vegas. One year ago this man, a high stakes blackjack player, put his skills to use to help out a family in debt. This year he is looking for a new situation where his money can really do good.

This Robin Hood selects a family in serious financial trouble and then goes to Vegas to try and win enough money to help these people. In 2008 he selected a family where the daughter had brain cancer which put the whole family in debt for $35,000. He took care of it and handed them the money in a Las Vegas casino. Right now he is looking for new applicants through his website where people can submit their stories. The amount of money needed should be in between $25 and $50,000 and should really be life-changing.