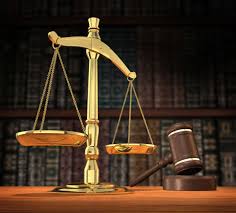 The online gambling landscape in Europe has been particularly interesting over the past few years.

A number of countries decided to regulate the industry inside of their borders to help keep their players safe from rogue operations and to help generate revenues from the business side of things that they were missing out on. Austria is one of several European countries to go through some sort of process like this. The country essentially holds a monopoly in all Internet gambling inside its borders, and this is how it maintains strict control.

The setup used in Austria is being used as the foundation of a big legal battle that's going on between an unnamed player and an online casino. The player lost more than €1 million in the real money games at the site, and now he has a lawsuit against the site on the basis that the site operates outside of the government-ran monopoly. If this was found to be a true and valid complaint, then the courts could rule that the bets were illegal and that the losses have to be returned to the unlucky player.

This is exactly what happened in lower courts before the case got to the Austrian Supreme Court. In a move that surprised a lot of people who keep up with the legal side of the industry, the Supreme Court ruled in the opposite direction. This came because of the casino's case that the government monopoly on Internet gambling was in conflict with certain European treaties which protect certain open market policies like the offering of special services. The Supreme Court itself decided to have the European Court of Justice look over the case because of its highly-complicated nature.

There are a number of things interesting about this case. First, if the player wins, then that could open up the metaphorical floodgates on players in Austria who have lost at the same online casino. Not only that, but there are other casinos that operate in Austria outside of the government monopoly who would also be open to this sort of attack. Second, it's very interesting to know what would have happened if the player would have won €1 million instead of losing it. It's hard to imagine a scenario where the player would give the money back in that case.