A Profile of the Average Internet Poker Player 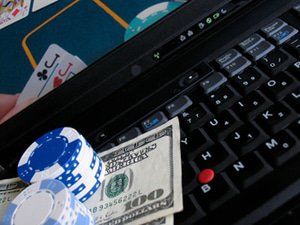 When people think of internet poker players, they might think of younger guys sitting around computers or divorced men with gambling problems spending their nights alone online, but that's far from the truth--the average online gamer is in their mid-40s and plays mainly for fun.

A survey done by Commercial Intelligence revealed that most gamers who played in New Jersey's online casinos were in their mid-40s. The average age was 46. Even more interesting was the results of two other studies, one done by Ipsos in the U.S. and one by AlixPartners in Canada. The findings were then compared and analyzed by the two companies.

The Canadian survey showed that about half of all the internet gamblers were between the ages of 35 and 54. About 30 of the participants were over 55. The survey also asked about education, and the results showed that 36 percent had graduated from a university. The majority of online gamblers in Canada hold a full time job, and 40 percent were making at least $80,000 a year.

The U.S. survey results were nearly the same in the educational and financial area. However, the average player in the U.S. was 41 years old.

The majority of the players who responded to the survey are actually not hardcore gamblers. In fact, most of them play penny games or other low stakes games. The average player is much more likely to draw the limit at a $5 buy-in, and they definitely don't compete in huge tournaments. Most of them are simply online to play for fun, to unwind after a long day, and to maybe win a little bit of extra spending money here and there.

So why does everyone expect online poker players to be younger men blowing their trust funds or the very rich playing games with a $5,000 buy-in? Because these are the players who are the most vocal when it comes to poker bans and other controversies. They're the ones who are interviewed and the ones who make the news when they win big. The average player is invisible because, more or less, because they don't stand out.

However, the average player who is just playing for fun is becoming more and more vocal. These players are starting to be heard, and the online poker industry is starting to take them more seriously. As they become more vocal, the stereotype about poker players may change, too. People will start to see it more as a hobby, not as a way for young kids to lose a lot of money.