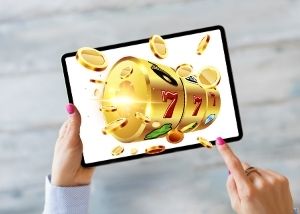 Poker's an intriguing and complicated game which requires players to be mathematically canny and have good insight into human psychology too. However, some players at OK Poker have discovered that they've been playing at a disadvantage, and now legal action is brewing.

When hunting for an online betting site one of the best ways is to review the list of casino rankings rather than spending hours trawling the whole internet by yourself. Making use of such a list enables quick and easy comparison of a large number of sites so you can find what you're looking for, saving you hours and perhaps enabling players scouting for new places to play to find sites they would not have discovered on their own. In addition to poker and other top table games such as blackjack and roulette, there are hundreds of slots to spin, and the potential for some juicy introductory promos that act as a golden hello for signing up.

Winning at poker is difficult. Opponents can be wily foxes with blank slate faces, or charismatic merchants of deceit whose bluffs are impossible to call. And online, bereft of body language and with only the raw odds of chance, things can be even more challenging. On the other hand, playing poker online can occasionally be easier than expected, as players of OK Poker found recently.

Every poker player dreams of winning millions, as German pro Pius Heinz did when he scooped $8.72m by winning the World Series of Poker main event with just an ace high. Winning anything at all is nice, but sometimes certain players have an unreasonable advantage.

The OK Poker site is run by Loto-Quebec, the provincial state-run lottery, and has encountered some technical problems that, in turn, have led to something of a lawsuit. The problem is that a limited number of players have been able to see discarded hole cards. Court approval has been granted to Elisabetta Bertucci, a player at the site, who brought the action after making an unwelcome discovery. Bertucci found that her discarded hole cards, and those of most others, could be seen by other players. Online betting sites can be accessed via a variety of devices (desktops, laptops, tablets, even mobile phones) and, in this instance, the device used really matters. Players utilising iPads could see the folded cards of their adversaries.

Why it Matters, and the Consequences

Why does this matter when it's only players who have folded who had their hands revealed? The problem is that those cards are no longer possibilities for others who are still in the game. Which means that if you have eight players at a table and five fold their hands, then extra information (an unfair advantage) is gifted to players still in if using an iPad, and those not doing so find themselves with the odds tilted against them.

This programming pitfall was around from July 2019 to May 2020. Bertucci had lost $18,000 playing at the OK Poker site, and was offered the rather diminutive sum of $15 for her losses, an insulting amount which may end up costing significantly more due to the lawsuit.

Recent years has seen interest in playing poker online increase, both against human opponents in a live casino formats and through single player, regular games. This has led to the rise of video poker games which offer some of the most competitive house edges of any casino game. And the lack of human adversaries means there's no chance they'll be able to take advantage of seeing your hole cards.

How many more players join the class action lawsuit against Loto-Quebec remains to be seen. But with the programming problem existing for such a long time, and with the lawsuit seeking $300 in damages per player, the number might grow substantially.

The first response of Loto-Quebec has been to decline to take any responsibility. It remains to be seen whether the organisation will adopt a more conciliatory approach as the lawsuit looms ever nearer.

This is far from the only problem that Loto-Quebec has faced lately. Like so many other businesses, it's also been caught up in the global pandemic. The nature of casinos (close proximity of many people and chips changing hands frequently) is not ideal for containing a viral outbreak, and the recreational, rather than essential, nature of the enterprise makes it something people may shy away from even when lockdowns aren't in effect. Because of this, 2020 saw Loto-Quebec temporarily lay off more than two thousand workers from casinos and gaming halls. This has been coupled with managerial salary freezes and letting go contractors.

The pandemic has been tricky for almost everyone, whether individuals, businesses, public institutions, or governments, and the betting industry is no exception. Which means that the burgeoning lawsuit is coming to at a bad time for Loto-Quebec.

Poker's an enduring favorite with casino players thanks to players needing a combination of a head for figures and the capacity to tell when others may be bluffing. How Loto-Quebec copes with this lawsuit and whether they'll end up folding remains to be seen.