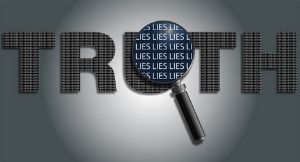 Provably fair is a term used in eGaming to describe software built on Blockchain technology. With the rise of crypto during the past decade, there has been a lot of demand for games which would use the transparency of Blockchain to provide randomness and fairness provable by the user. And so, provably fair games came to life.

To give an example, when playing Bitcoin roulette where a roulette wheel is spinned, there are 37 possible outcomes and the result of the spin is determined by a random number generator. But when money is involved, the actual randomness of this generator is questioned.

While that works perfectly in the round of the game you're playing, it has very little to do with whether the game is provably fair.

In real life when you flip a coin, providing that you flip it high enough and the coin isn't weighted, the result is deemed random. It's never completely random because there's no such thing as a perfect coin, but in real life that's all we have.

In online games, however, you need a mathematical random number generator (RNG). That's basically a piece of code that gives out a random number in a given range each time you run it. For online roulette that would be a number between 0 and 36. There are a number of different RNGs and while none of them are perfect (due to the fact that they're being run by non-perfect hardware), some of them are good enough to be licensed for use in things like online casino games.

In online casino gaming, a random result is a fair result because gambling is a game of chance and if you want to win, your odds need to be a consequence of the randomness of the results.

When you, as the player of a game, decide to prove fairness of a provably fair game, you can only prove that the result wasn't manipulated while the round of the game was taking place. That means your hash matched the actual result. But proving fairness of a result doesn't prove whether the game as a whole is random and thus fair.

To do that, you would need to prove fairness of countless rounds to gain enough statistical data. And since you're betting your own money in play, that seems like an unreasonable thing to do.

'Classic' casinos and early crypto casinos offer games from various well-known game providers like Microgaming, Netent and others. These providers are required to have their game software regularly tested for randomness and fairness. The testing is done by a licensed third party company, giving the game provider a certificate if their games are random. But in this case you, the player, don't have any insight into the process of proving fairness. These games have been 'Proven Fair' by a licensed regulator.

Modern crypto casinos tend to develop their own games and software. They don't have a third-party company to test their software (or either don't want them to or can't afford it), so they offer the chance to prove fairness to the players providing hashes of results before each game round. These games are called 'Provably Fair'.

The fact, however, remains that neither of the above truly prove fairness of games because randomness can only be proven by playing billions of rounds of each game because true randomness is achieved through enough statistical data. That's the same reason why you can find online games with RTP of over 100 %, which is statistically impossible. But if the game has been played thousands of times instead of millions or billions of times, then the result is very approximate and can be way off the actual number, thus resulting in a number over 100 %.

To give you some idea, for slots it is said that they have to be played over 2 billion times in order to say with enough certainty what their RTP and house edge are and if they are indeed random. And that's without considering bonus rounds, free spins and additional game features that complicate the outcome.

That's also the reason why you won't find such features in games based on Blockchain.

Are Odds Ever In Your Favor?

Considering the above information, one might think there is no game which has actually been proven fair. But that's not entirely true. Since the condition for proven fairness is enough played game rounds, you need to find such a game.

And the best way to find such a game is to look for some old, classic slots which are still popular. One example could be Mega Moolah from Microgaming, which was published at the end of 2006, making it almost 15 years old. Of course, you can't find how many times it has been played anywhere, but you can be sure that its data is more accurate than data of any newer slot. It's a classic example of a slot game offering huge jackpots of millions of dollars, which can be found in any casino offering games from Microgaming.

The downside to this approach is that classic slots like Mega Moolah have a lower RTP than the promised RTPs of newer slots. While the Mega Moolah has an RTP of around 88 %, most newer slots have it above 95 %. Or at least, they should have it, only time will tell.