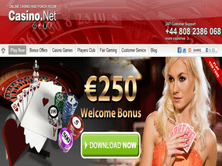 Casino.net is an online gaming and betting site known because of its high percentage of payouts reaching up to 97.5%. This site has been online since 1999 and is owned and established by the Dot Net Gaming Ltd. It is duly registered and licensed under the government of Malta.

The gaming site is one of the few sites worldwide which uses the Boss Media software for its online games and other virtual elements. They also use the GTECH Interactive software to fully support its selection of games which include variations of table and card games, interactive and classic slots, progressive jackpot games, video pokers, specialty games, arcade games, and many more.

The site primarily highlights its slot machine games which have huge amounts of prizes at stake. Their games are also commendable on its fine graphics, crisp sound quality, and different themed slot games. However, there are limited game bonuses and rewards featured on the site's games.

In terms of the offered bonuses and promotions, Casino.net offers the usual welcome and sign-up bonuses to its new players. There are also special promos such as the 25% deposit bonus which may amount up to €250, monthly incentives which amount to 50% reload bonuses, and many more.

The site also offers low wagering requirements to its players which only comprise 10x of their deposits plus the given bonus; as well as weekly incentives to its regular players which increases as the players advance the site's Players Clubs level.

However, several casino review sites have reported that Casino.net has been closed down and is no longer available for its players. These sites also published several complaints and issues from the gaming site's players. Some of these complaints include poor customer support, limited bonuses and promotions, some games are produced in low quality, and irregularities on some of the site's rules and regulations.

Casino.net exhibits a simple, non-enticing, and boring interface for its players. These negative features somehow affected their customers' interests in playing on the site, as well as their overall rating as an gaming platform into a 2 out of 5 rating. 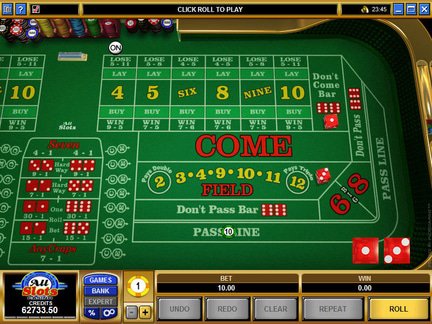