Details on Me Casino 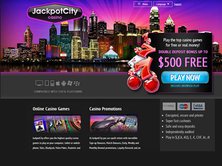 Me Casino, which is also known as the Metro Casino, is an innovative gaming site being managed by the Metro Associated Newspaper Limited since 2013. Under the jurisdiction of Gibraltar, the company has a license to continuously operate. This gaming site and its owner have established its good reputation not only in the gaming industry but also in the field of media around the United Kingdom.

Games within the gaming site are provided by the three famous and excellent software platforms - the Electracade, Microgaming, and Cryptologic. These are known for creating world class games with interesting themes and interfaces. Common casino games like blackjack, video slots, baccarat, roulette, craps, poker, and other card games are featured in the site.

Millionaires Club, Video Keno, Stud Poker Progressive, Rags to Riches, and Progressive Blackjacks, Samba Nights, The Hulk, Call of Duty 4, Ghost Rider, Fantastic Four, Captain America, X-Men, Iron Man, and Buccaneer's Bounty are some of the games delivered by the Cryptologic software. Based on the list, Marvel fanatics will surely love the Marvel-themed games. Other than the Marvel games, Cryptologic also has franchise for other iconic characters.

Upon joining the site, Casino Me bonus is awarded to the new players. The sign up credit matches the new player's initial deposit with a 100% increase up to £250. This promo definitely gives a nice warm up for the players. In order to withdraw the winnings out of this free credit, players need to wager the said credit for 25 times. Slots, roulette, blackjack, and poker are the only games that can be played to meet the wagering requirement. Each game has its own percentage allotment to complete the said requirement for the free credits.

Aside from the welcome promo, there are also some surprise bonuses waiting for the players of Avalon II. Players of the said game can win the 5x Wild on any horizontal row. Indulging in this game gives the players a chance to take home £5000 worth of holiday vouchers. Gamers do not just enjoy the game, but can also have the opportunity to enjoy the holiday with their free coupons.

Other games also have its own surprising rewards. The unusual but grand casino prizes given away in Me are ticket for bungee jumping, hot air balloon ride, or Grand Prix go karts. Strategizing in the chosen games is the key to take home these amazing awards.

Customer support of the gaming site can be reached through toll free phone numbers, live chat, and e-mail address. Depending on the most convenient form of communication, players can choose how they want to access Me's customer service.

Freezing a player's account is one of the complaints against the site. One player raised this issue as his account was locked because it was unverified yet. In addition, some of the player's money within his account was confiscated by the site. The player mentioned this in a community forum. Good thing, a representative from the gaming site addressed the issue by carefully explaining the company's terms and conditions in handling such accounts. It turned out that it was actually the player's fault of not providing the necessary personal information that the company needs to verify his account. In the end, the issue was resolved and the two parties decided to settle the issue privately.

Another criticism in the site is the inability to release the winnings of a player. A player mentioned in a community forum about his $600 worth of winnings that he wasn't able to take home. The winnings came from the free spins that the player got. Based on the thread of the issue, there is a misunderstanding regarding the wagering requirement. In response to this complaint, a representative of the gaming site said that the player didn't meet the requirements. The issue was left unresolved because the said winnings were never given to the player.

In general, the Me Casino deserves a 4 out of 5 rating. 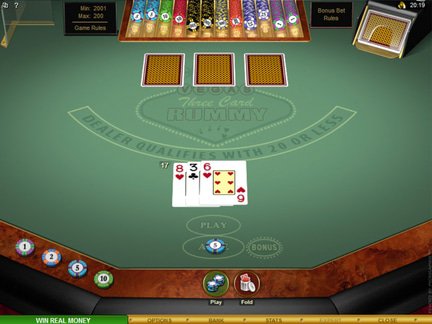